Hi kids! It’s now time for another little thing on medieval beds. This time I will take a look at how people slept when on the road. As a starting point, I will look at so called ”Heerbedde” – an ”Army bed”, as it gives us some impression of what people on campaign used for sleeping.

First and foremost – what is a Heerbedde? Well, the easy answer is that it is a bed used when on campaign. However, to really understand what a medieval person meant by bed, we must first define the term bed.

Medieval man made a difference between four types of bed, each of which had many names. The nomenclature makes it somewhat difficult to know exactly how to define which is which and what is what, but let’s try anyway.

A medieval bed is either an ”under-bed”, ”over-bed”, a ”whole bed” or a ”standing bed”. The last one is most likely equal to what we would call a bed frame and I will not treat this type further in this post. It is the under-bed and the over-bed which will be in focus here.

An under-bed (pulvinar, matric, matras, culcedra, matrays, matraze and other terms) is, as you might have guessed, a mattress, something to sleep on.

The whole bed is a term that denotes a bed with everything that belongs to it, for example pillows, cover and mattress.

This makes it rather difficult to know what the word ”bed” alludes to in, for example, a will or a city law; those medieval types didn’t seem to care much about us later researchers – ”bed” can mean anyone of the four mentioned above. Having said that, I believe I have learned enough about the terms to be able to figure out the meaning of a word, at least in some detail, by means of elimination.

Enough boring stuff. Let’s get to it.

Heerebedde, Herephole, Herpole, Herepole, Horpful, Herphul, Herpol or Heerphol – there seems to be as many spellings as there are sources, but they all seem to denote more or less the same thing. The Heerbedde was part of the so called Heergewedde – the military equipment (regulated by law) that the Minesterialis (a civil servant of more or less noble birth) left as inheritance for their sons. This means they most probably brought this equipment with them when they went on campaign. 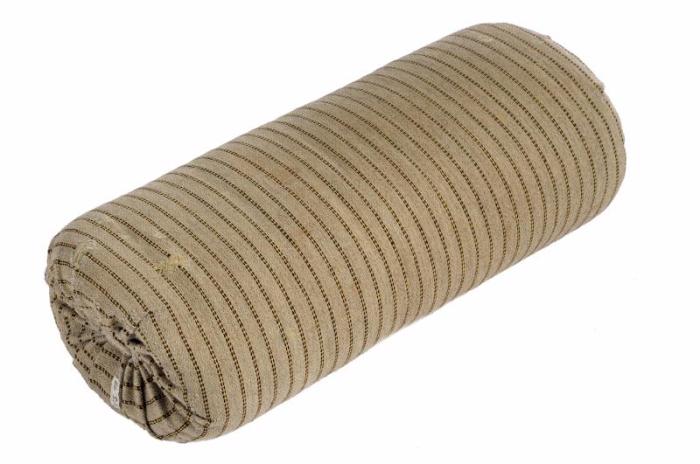 1320, the city laws of Braunschweig defines the Heerbedde as:

This is not too different from the city laws of Oldenburg, 1345:

Next stop is a law from the area around Utrecht, 1365:

1387 a cog was wrecked in the Baltic sea. The merchant who owned the cog reports a whole lot of things that he lost on the ship. Among other things, he mentions

The above sources present only a part of what I have managed to find out, but I believe it is enough to illustrate what I am after.

A bed for travelling/an army bed consists at least of

although it could also include more pillows, a pillowcase (linnen or silk) and a bolster pillow (could be stuffed with down, but according to a sumptuary law from early 14th century Lübeck, it could not be heavier than 8,5 kilos, which tells us a bit about the size of the bolster pillow. According to Swedish sources it could also be stuffed with chopped straw or tow; look under the term ”hyende” in this post), as well as blankets.

My theory is that this is pretty much the same type of bed gear you would have at home. When looking at wills (written by civilians) from Sweden, Germany and England the picture is similar:

How can I use this?

I am reenacting a soldier of common birth. I would probably not have the possibility to bring my Heerbedde on campaign; contrary to the Minesterialis, knights or wealthy merchants, I wouldn’t have the means to transport it all.

If we take a look at the comparison directly above however, it’s obvious that even a peasant had a reasonably comfy bed at home (which differs little from the bed used by someone sailing on a merchant ship). When looking at the wills of nobles, there is not much that differs in terms of actual parts of the bed – nobles too have a mattress, a cover, pillows, bolster pillow and sheets – even when sleeping in their homes.

What differs is the materials used. A nobleman would have used silk and fine linnen, beautifully embroidered covers and pillows stuffed with down, whereas a person of lower means perhaps would have used a coarser linnen for sheets, some simpler, unadorned blankets and a mattress and a pillow stuffed with straw or raw wool.

What I am getting at, is that these objects were considered ”normal” for a bed, and everything else was counted as an anomaly. This means that everyone strived to sleep as they were used to, and if they were stationary at the same place for any length of time, I find it probable that they tried to put together the best bed they could get their hands on – even if the result was rather a makeshift bed than a bed fit for a prince.

In other words, my theory is that it isn’t wrong for someone reenacting soldier or people of lesser means to have something similar to a Heerbedde.